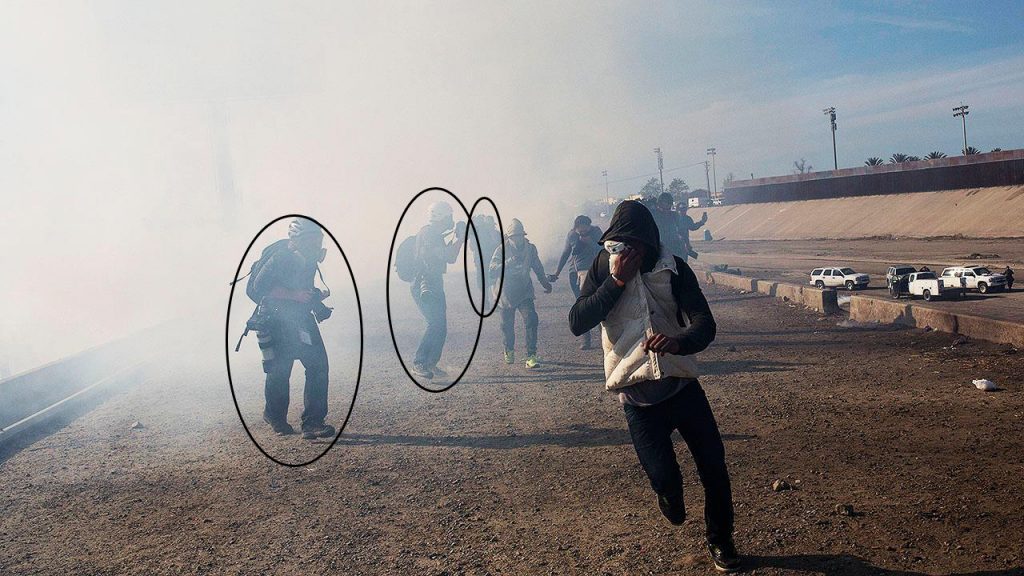 I’ve seen this photo several time after the “racist, unconstitutional, unAmerican, terrorist” tear gas usage in San Ysidro to repel the immigrant MOB attempting to BUM RUSH the border.  We keep being told by the FAKE NEWS media that women and children were tear gassed without warning or cause by border patrol agents.

So what does this snapshot show us?

Obviously people were warned that they would be stopped by “tear gas” or some other non-lethal method if they attempted to crash the border crossing. HOW ELSE would all of these “reporters” have known to suit up in tactical gear including GAS MASKS ?!?!  And how many women and children do you see in the picture?  Looks like young men and reporters to me.  And why would the “reporters” need to suit up in tactical gear if this was just a peaceful, caravan of rightful asylum seekers and NOT A MOB throwing rocks and bottles at border agents as they tried to crash the border?

Oh and by the way, Former President Obama used tear gas ONCE A MONTH on his watch to prevent crashing the border. I can’t recall a single “reporter” covering that story.