Sheesh. The wackiest thing that came out of the declassified papers about the assassination of President Kennedy is that Oswald was tapped making a call to the “Department of Sabotage and Assassination” in the Russian government.

They had a known department for “Sabotage and Assassination”?  Whaaat?!?

My question is, how do you get a job in that department? Are there hiring guidelines? Is it like getting a “00” in British Intelligence (a James Bond reference) and you must have two confirmed kills while on probation?

What happens if you have an HR complaint about a fellow department member?  Is that just handled internally?

How do they go about picking the head of that department? Do the Council of Ministers need to approve the department head selection by the president?  Are Ruskie parents proud when they find out that their child qualified for the department?  “I’m so proud of little Boris now that he has that job bumping people off!”

What other zany departments make up the Russian government? 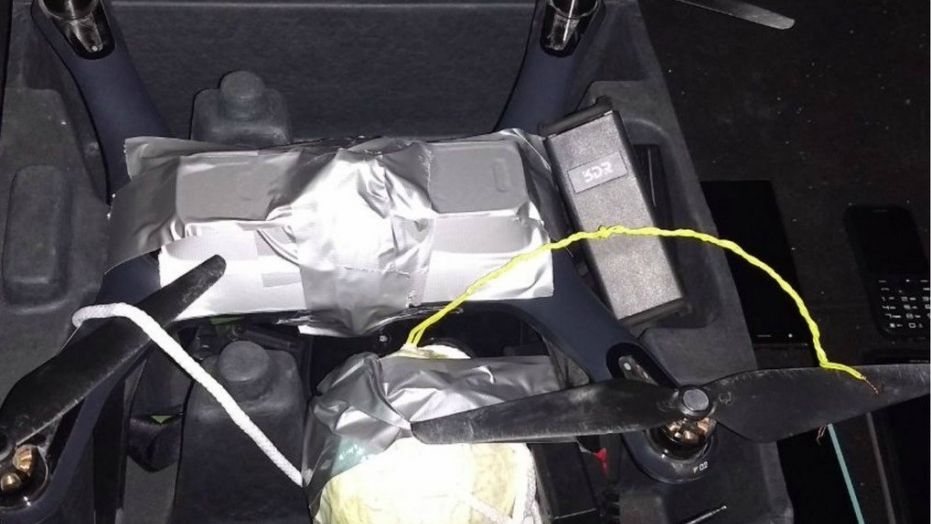 THIS PICTURE SCARES the HELL out of me!

Forget about the blather de jour that the media puts forth on a nightly basis.  There has been almost NO  media coverage of this REAL EMERGING THREAT.

What are we looking at?  Well it’s a commercially available quadcopter or “drone”, with an explosive attached to it.

I found that you can buy this exact drone online for $199 with free shipping.  I suspect that the Mexican cartels used this particular drone as they are manufactured in Tijuana, Mexico.  Oddly it was designed in Berkeley California, the hub of “free speech”.  There are numerous OTHER quadcopters made in China which are available for retail purchase for a few hundred dollars and they all have similar capabilities.  And it’s the CAPABILITIES that are worrisome.

As an alternative to buying a completed drone, you can buy all the parts and pieces from many sources, foreign and domestic, to put one together.  In fact if one were sneaky, one would probably source the parts through a number of different vendors to cover one’s tracks and not raise any red flags.  Notice I say “one” which has significance that I’ll clarify below.

The picture shows what Mexican drug cartel operatives were caught with.  The report said it is carrying what they call a “potato bomb”.  It’s 1 pound of explosives wrapped in shrapnel (nails and ball bearing) to enhance its killing capabilities.

Here’s what i find disturbing about this.  A drone like this can fly at 30 mph or more.  It has a flight time of at least 10 minutes before the batteries die.  It may be able to travel faster and have a flight time of possibly up to 20 minutes.  Using the conservative numbers of 30 mph for 10 minutes, that’s a range of AT LEAST 5 MILES, possibly more than 10 miles.  With the built-in GPS it can travel those 5 to 10 or more miles and arrive at a target within about 10 feet, possibly even closer.  There are ways to get it within INCHES or factions of an INCH of a target.  There is a possibility to fly it through a window or doorway just to give some additional food for thought.

A drone like this is capable of completely autonomous operation.  What does that mean?  Well an evil doer can program in the GPS coordinates for the target and set it loose to cause mayhem.  It does not require any further human interaction once the target location has been programmed in.  Virtual waypoints (locations to define the drone’s flight path) can be programmed to allow the drone to skirt around buildings and other obstacles which would make it harder to detect.  You’ll hear some naive “experts” saying that you can “jam” the drone.  That is patently FALSE!.  Again, it flies all by itself.  Once the drone is in flight there is NOTHING to jam.  Keep in mind that NO training or experience is required to get the drone flying.  Technology has made it that simple.

Now here’s where it can get even scarier.  At a cost of $200 a bad actor could buy 100 of them for less than the price of a nice used car ($20,000).  They could be released miles away from a target and the flock of killer drones could approach the destination from multiple directions.  Recall above that the flight path can be programmed in.  The bad guy could also “sequence” them so they arrive in “waves”, staggered a few seconds apart from each other, again coming in from all directions.  The odds of stopping  ALL 100 drones coming in from multiple direction in “waves” would most likely be near ZERO.  An attack in an urban setting would make detection and interception virtually impossible by any means.  I don’t think the military, law enforcement, or any government agency has the capability to stop such an attack.  And again, some food for thought.  100 drones means 100 pounds of explosives.  That’s a heck of a big boom.

The press likes to use the term “lone wolf“.  Well one bad guy could easily load 100 drones into a van and let them loose miles away from the intended target, ALL BY HIMSELF!  One EVIL man.  No vast network of terrorists required.

This is why I said, this should scare the hell out of everyone.

Screams of the resistance.

Well, the weepie pussies are at it again. They plan a collective scream (i.e. tantrum) on the anniversary of the election where the anointed one Hillybob lost to the orange tornado.

You can see the facial-book event page HERE.

I think they should all buy some of my PUSSY shirts when they have their TANTRUM and stomp their feet. You can read about the shirts HERE.

What I find demoralizing about all of this, is that almost all of the idiots (I know, I know, that’s insulting to real idiots) who will be screaming at the sky and most likely crying over the loss by Hillybob, are ADULTS. Doesn’t bode well for the future of our country.

Maybe instead of being pussies, they should grow a pair, get over it, and WORK at something that matters.  Seems the idea of work now days is facial-booking and twatting.  Oh, I guess that’s sexist, non-PC, misogynistic, and a micro-aggression.