My friend who was in the oil industry had this as a poster during the event. 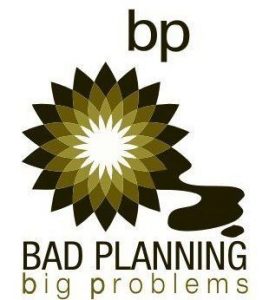 I will state up front that there is a big moral dilemma surrounding this topic.

Hillybob keeps saying that once she secures the White House, she will get “Silicon Valley” to help her with the war on domestic terror. What she’s calling for is to have private industry SPY on United States Citizens or at a minimum to have them create tools which will allow her administration to spy on US Citizens (and others). Why private industry? Well because her mentor President Obama shut down The National Security Administration, NSA, from the wholesale collecting of information on US and foreign parties.  This shutdown precipitated from the information divulged by the traitor Edward Snowden.   The biggest problem that I have with this call to arms, is that Hillybob and her cronies will be the ones who will be in control of all this spying.  Again this is one of those issues that I’m not sure that the American People understand all of its ramifications.

Let’s get a little background information on what the spy game WAS.  The story you may have heard was that the ‘government’ was listening in on all the cellphone conversations.  That’s not exactly correct.  No particular individual’s phone was tapped.  Our government had agreements with all the telecom carriers here in the US and in many foreign countries, to get every single piece of data traffic routed to ‘The Agency’.  Private companies were unzipping their pants (okay and lifting their skirts to be inclusive) for the government.  These agreements all came about under the watch of President George Bush.  Did it help the war on terror?  Most likely.  Did it keep the American People safe?  Again most likely.  Is it a violation of individual privacy?  Once more, most likely.  This is the big moral dilemma.  Which trumps which (no political pun intended), Privacy or Security?

Personally I don’t care if our government spies on my phone, email, or other digital footprint, if it’s only used to determine if criminal activities are in progress.  There is a matter of TRUST about how the data will be used.  Under President Bush I believe that the data collected was ‘most likely’ used for national security purposes.  I don’t believe Mr. Bush attempted to profit from the data gathered.

With Hillybob and her cronies, I have no such trust.  She and her staff have shown a pattern of using anything they can get their dirty little paws on for their own gain.  FBI Director Comey criticized the way they handled classified information entrusted to them.  It appears she sold government influence to the highest bidder. Money flows to FoC, Friends of Clintons.  Every word that comes out of her mouth seems to be a lie.  How can we trust her with our privacy?  Can we trust her staff who diligently broke the law and deleted her servers?  Additionally can we trust the corporations that she will empower, who will undoubtedly be FoC, with our privacy?

Here’s where it gets even muddier with Hillybob’s plan.  Terrorists are not stupid!  What will happen is the terrorist activity will move to “The Dark Web”.

You may have heard the term on the telly, but you may not know what it is.  The Dark Web is just the regular old Internet with independent encrypted servers or relays that prevent traffic analysis of where messages originate and are delivered.  It also breaks up the ‘packets’ of data along random paths which makes it difficult to intercept a complete message.  You may have seen on your favorite TV drama some knot-head-nerd character saying “we can trace his IP address”.  Not so easy on the Dark Web.  Here’s also one of those ‘FYI’ tidbits.  The US military and law enforcement use Dark Web technology for their own secure communications to prevent hostile actors from spying on them.  Reporters use it to communicate with dissidents in other countries.  Drug traffickers use the Dark Web to conceal their plans and shipment information. I’m not going to tell you how to do it, but it’s not very difficult to figure out how to use it.

Okay, once all the terrorists move to the Dark Web, who’s left?  That leaves you and me that Hillybob will be spying on.

Mr Trump said something quite profound last night and I suspect most people missed it.

He said that the economic recovery, that President Obama and Hillary Clinton laud as their great success, is only a financial recovery.  His exact words, “Now, look, we have the worst revival of an economy since the Great Depression. And believe me: We’re in a bubble right now. And the only thing that looks good is the stock market…”

What is a ‘financial recovery’ versus a ‘real economic recovery’?  Let’s examine what an expert says.

Harvard economist Clayton Christensen outlined in a talk that he gave about business growth. what has happened with economic recoveries after recessions. You can watch the talk HERE. It’s well worth watching the first 9 minutes.  Watch the whole thing if you’re a business-gloid!

Summarizing what Christensen said, is that during a recession jobs are lost and companies will work to fulfill their business obligations with remaining staff. The recession bottoms out for a period of time but eventually a company will need to start hiring staff as the economy recovers and sales increase.

Christensen states that there have been NINE recessions in the US since World War 2. During the first SIX recessions the average time was six months after hitting bottom that hiring started again.

The seventh recession was in 1991-2 and that recovery took 15 months.

The ninth and latest recession was in 2007-8 and that recovery took SIX YEARS.

Christensen says about this latest recession recovery, “These rebounds are financial and not real in character“.  Hmmm, sound familiar?

He goes on to say, “So people who have money get a lot of money faster. But the rest of us, there are not a lot of jobs in which we get slotted in anymore”.

“And there is something that has fundamentally gone wrong with our economy“.

The numbers bear out what Mr. Trump and Mr. Christensen point out.

The White House touts that because of their wonderful economic policies that there are only 7.5 million people unemployed. They conveniently forget about the 94 million workers who just dropped out of the work force because they can’t get a job.

I agree with Mr. Christensen that something “has fundamentally gone wrong with our economy“.

Who would you rather have taking charge of our economy, a businessman or a political wonk whose new plan is a massive expansion of the same old failed plan?  I guess I’m pretty ‘deplorable‘ for asking that question.

“Meet the new boss, Same as the old boss”, The Who.