The Supreme Court of the United States released its decision on the case of Dobbs v. Jackson Women’s Health Organization. The short form is that the 6-3 decision says that the Constitution does not enshrine a right to an abortion. Abortions are STILL LEGAL in the United States. What this does is push the decision down to states, to decide limits on abortion.

The loony left once again has broken down into a hysterical gelatinous blob of blathering idiots. “They made abortions illegal! Coat hangers, back alley abortions!” they scream. They ignore the fact that many states have put into their laws that abortions are not only legal but can be performed up to the point the child is delivered.

I have a few suggestions to the crazed left.

They claim that poor women can’t afford to travel from a state with restrictive laws on abortion, to another state that has liberal abortion laws, to get an abortion. In 2020 there were 629,898 abortions performed according to the CDC. Let’s assume that 20%, (which is probably too high of an estimate), are so poor that they can’t get to another state for the one day out-patient procedure (fly in the morning, fly back later that day). That’s less than 126,000 women (if we can ever figure out what a woman is). Why doesn’t Uncle Joey fly them between states? He has the money to fly more than 1,000,000 illegals all over the country from our southern border and give them cellphones. Seems this should be a simple tasks for the most popular president in US history.  That should make him even more popular.

Joey said that he will do everything in his power to allow women to cross state borders to get an abortion. That means once again, he will DO NOTHING as there are NO LAWS preventing women from travelling across state lines. I don’t know what communist country or which century Joey’s brain lives in where he believes this is a problem. “Crossing state lines? Show me your papers.”

The Teachers’ Union says that children don’t belong to their parents but to the Union. Why doesn’t the Union take money from their members and adopt any unwanted child from a woman who couldn’t get an abortion?  Then they can have total control over the child.

The loony left claims the SCOTUS decision removes the “right” of a woman to choose the fate of her pregnancy. Never mind the fact that there are many methods of preventing pregnancy. Crazy Uncle Joey was shouting that a victim of rape or incest will be required to carry the child. Again never mind that, his statement is patently false, but let’s run with it. Why don’t we force MEN to preserve their sperm (with a government paid program) and have EVERY man get a government mandated vasectomy. Never again will there be an “unplanned” pregnancy. This should make the radical feminists happy as they always say that men take no responsibility for birth control and it is up to the woman to prevent pregnancy.

Will the hysteria settle down? Probably not because of all the leftist useful idiots.  The Supreme Court just said what Ruth Bader Ginsberg (RGB) stated, that the decision in the original case of Roe v. Wade was incorrectly decided from a constitutional viewpoint. Remember everyone, RBG criticized Roe v. Wade before and after she became a Supreme Court justice. RGB said that Roe was the wrong case to decide abortion rights.  She also said that the argument of privacy that was used to decide Roe was not Constitutionally sound and because of that she felt that the decision would, as it did today, get overturned.  If they understood RGB, the “Ruth sent us” crowd should be celebrating the SCOTUS decision, however in their hysterical lunacy they never bothered to understand what RGB said.

Brandeis University issued a set of “no no” words and phrases which they deem as offensive. Among these are the phrases, “Long time, no see” and “No can do“. They claim that these are offensive for the following reason. “These terms as well as other expressions using “broken” English originate from stereotypes making fun of non-native English speakers, particularly applied to indigenous people and Asians.“

If we are banning phrases because they are missing the “articles” which some non-native speakers omit, we should start banning the communications used in text messages. How many times have we seen a message such as “Hw r u?” ? My response to Brandeis would be, “FU!“.

An expression that I find moronic is, “Woke“.

Let’s ban “Woke”. It makes absolutely no sense in today’s usage. A better word would be “Aware“. “Woke” originates from ghetto-speak, which I suppose makes it “cool” to use as everyone now days wants to be “gangsta“.

Why don’t we teach kids to use proper English rather than gutter-talk?

Oh yeah, that would be racist as only White Supremacists are capable of learning and speaking proper English. 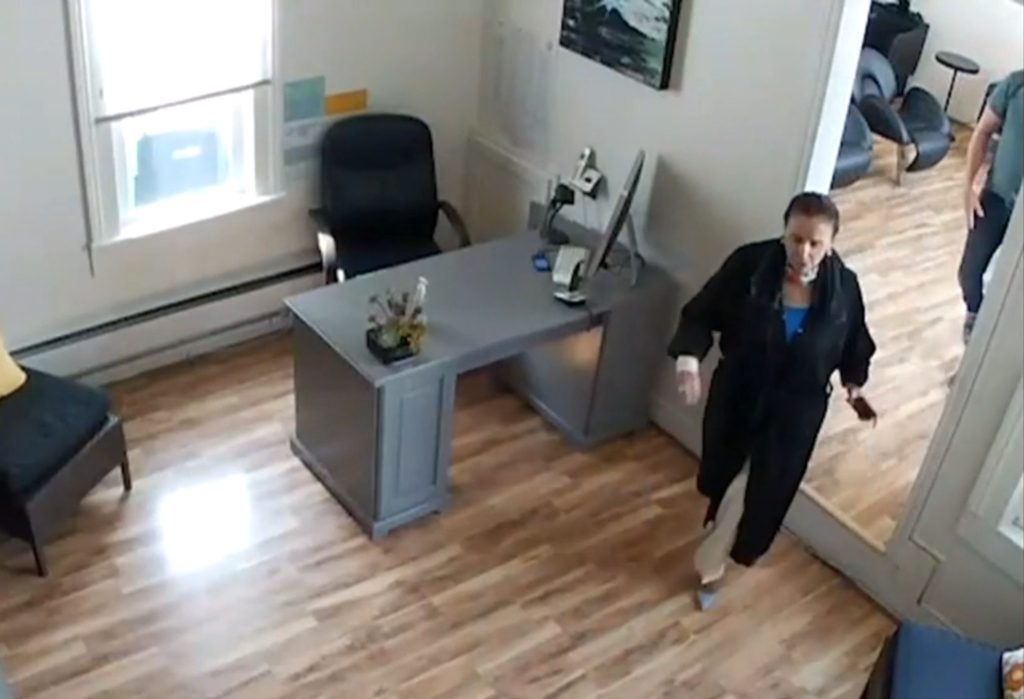 Speaker of the House, Nancy Pelosi, third in line for the presidency, “was setup” and obviously forced at gun point by White Supremacist Trump Supporters, who forcibly demasked her and then forced her to have her hair washed, at a San Francisco salon. Speaker Pelosi is DEMANDING AN APOLOGY from the salon owner who caught her breaking multiple state and local ordinances.

I figured that I should write an apology to Speaker Pelosi for the salon owner.

“Madam Speaker, I and truly sorry. I’m sorry that you are an ILLITERATE MORON. I understand that since you are a MORON, that it must be hard to remember that you said just a few weeks ago we need to have a ‘National mask mandate’.  For your lack of the mental abilities, for simple tasks such as remembering what you said, I am sorry.”

“Additionally I am truly sorry that you never learned to read. If you were able to read, you would have realized that your friend Governor Gavin Newsome closed down all beauty salons, such as mine, until he deems them safe to reopen. I also now realize that you COULD NOT READ the text of the ‘Affordable Care Act’, known as Obamacare, when you stated that, ‘We need to pass this to find out what’s in it‘. I have a collection of First Grade reading books and would be happy to teach you to read.”

“As a taxpayer I am willing to help a poor ILLITERATE MORON such as yourself adapt the the everyday challenges of life.”

“Once again let me reiterate how sorry I am that you are a world class MORON.“