Flush one more American tradition down the drain.

The Miss America Organization announced that it is dropping the swimsuit and the evening gown competitions.  Replacing them will be a “live interactive session with the judges“.

The organization states, “We will no longer judge our candidates on their outward physical appearance.”  The contest (no longer a pageant) will become inclusive to women of “all shapes and sizes“.  I wonder if they will be inclusive of tranny contestants?

Here’s a preview of the next Miss America. 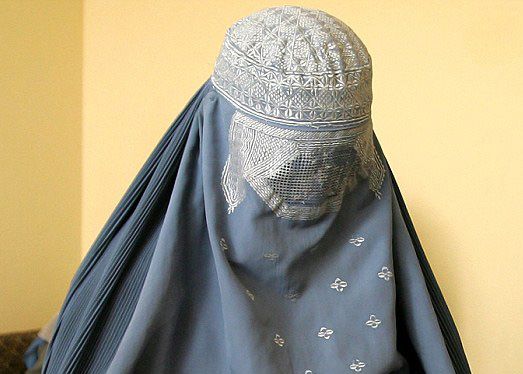 Hey isn’t the contest name of “Miss America” sexist?  They should rename it “Person America” or just “America“, or adopt the made up social justice warrior unspecified gender pronoun of “Ze America” or “Zir America“.  Oh wait, America is a symbol of racism and colonialism to many yutes of this country.  The contest should be “Zir“.

I think they should just say “F— it” and cancel the whole SJW charade.  Let’s make it easy.  Screw capitalism, free markets, and the Constitution.  Become a communist country and adopt Sharia law.  That should fix all that is wrong with our country according to the progresissies on the left.  That would make the yutes happy.  And as we know after the Parkland shooting, the yutes define the morality of what used to be our country.

I’d say this is another example of FAKE NEWS.

This is the headline from the NPR (hard left) website.

This is the case where a Colorado baker declined the business to make a cake for a gay couple.

The Supreme Court’s decision was 7 to 2. Hmmm, last time I counted on my fingers that’s only 2 votes away from a unanimous decision. Since when did an overwhelming majority decision become only NARROW victory?  Would an 8 to 1 decision still be a NARROW victory?  Go ahead and take a guess as to which 2 justices voted against the baker.  Can you say Sotomayer and Ginsberg?  No surprise that the two hardest to the  left justices were the two voting against the baker.

The leftists want to frame everything in their favor. They need to feel warm and fuzzy even when they are wrong.  Against all common sense, they frame the decision as, “We almost won today.”  They can’t man up and say, “We lost big today.”

Okay, in an attempt to be fair to NPR, the headline is misleading as to what I believe they are attempting to describe.  What they should have written was, “In a narrowly DEFINED case, Supreme Court decides…”  The argument by the majority of the Supreme Court is that Colorado law must be applied neutrally regarding religious beliefs.  The state of Colorado said that in another case, another baker was allowed to decline business which he thought was offensive, when the patron wanted to put an anti-gay message on a cake.  The court ruled that if the state allowed the precedent that offensive anti-gay messaging is sufficient grounds to decline business, then they must act in a neutral manner and allow a business to decline a pro-gay sentiment on a cake when the business owner finds the messaging offensive based on religious beliefs.

The DECISION was overwhelming, the specifics of the Court’s opinion was NARROW in scope.

Today, the antifarters once again had a violent “counter protest” against a prayer group. Violence broke out in downtown Portland, Oregon, one of the centers of self-declared “liberalism” and “free expression”.

Once more someone needs to ‘splain something to me.

The antifarters dress up in black with masks and helmets, just like jack-booted thugs. They march in like an invading force with weapons to protest a prayer meeting.  They goosestep in and start a fracas because they say the prayer group is fascist. So the antifarters use violence to suppress peaceful free expression of ideas and values that they oppose.

By definition, Fascism is an authoritarian  system, “characterized by dictatorial power, forcible suppression of opposition and control of industry and commerce“.  Now doesn’t that aptly describe the antifarters and their crazy Bernite socialist views?

Maybe the antifarters want to be the droogs from “Clockwork Orange” and want to do “a bit of the ultra-violence“. The droogs were a gang of ultra stupid thugs in the movie, which is quite analogous to the antifarters.

As the stupid middle school teacher antifarter said, “we will do anything necessary” to silence any opposing views.

Once more ‘splain to me how that isn’t fascist?