Jesse Jackson Jr. receives over $125,000.00 in tax payer money every year as he is “disabled”. I didn’t realize how hazardous the occupation of disgraced House representative actually is!  I’ll get to his disability in a bit.

Somehow Jackyboy is getting much more than your average “high-earner” in disability payments.  Turns out that Junior receives money thanks to YOUR tax-payer generosity. It turns out the Jesse the younger, is making the bulk of the money from you the American Taxpayer because he claims the the “rigors of a Congressman” caused him to become “bipolar” and therefore completely disabled through a work related injury.  Interestingly he became “bipolar”, after 17 years in Congress, when he was accused and CONVICTED of misappropriating $750,000.00 in campaign funds for personal use.

To put all these numbers in perspective, Junior receives more in taxpayer funded bennies than he did “working” as a House representative. The most excellent part of the story is that Junior is “entitled” to the FEDERAL bennies, because the disability is a “work related” injury. Had he been diagnosed as bipolar before working as a congressman his benefits would only be a fraction of what he is “entitled” to receive.

One last tidbit of information.  All the money Jackyboy receives is TAX FREE.  Cha-ching!

I guess we need to take care of the poor and downtrodden from the ghetto who live in $2 million homes.  Leftists rejoice!  Wealth redistribution at its best.

The People’s Republik of Kalifornia (PRK) achieves another milestone! 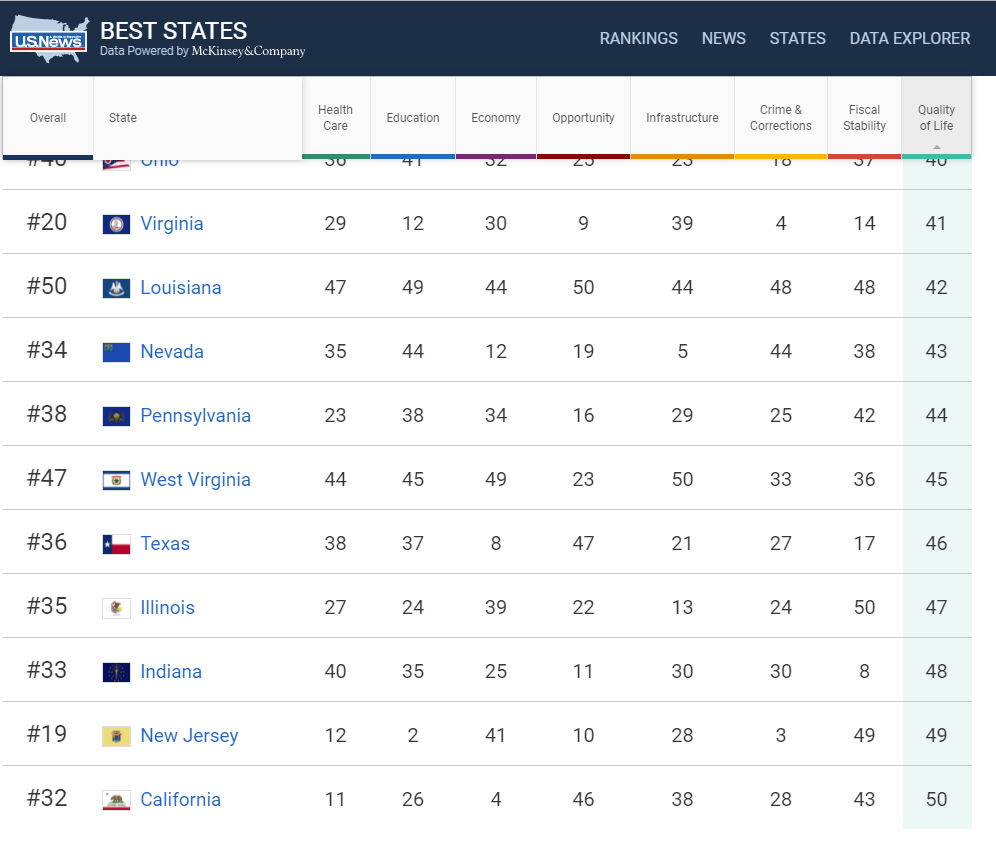 As to quality of life U.S. News and World Report just released their rankings of states and the PRK achieved a perfect 50 out of the 50 states.

Heck, not to disparage my Southern friends but I never would have thought that the quality of life in Louisiana is better than the PRK.